The Whale Sanctuary! A New Life after the Tank!

The Pegasus Foundation is proud to be among the many supporters of Whale Sanctuary Project headed up by President Lori Marino and Executive Director Charles Vinick.

In February 2020, Vinick and his team announced plans to create an innovative seaside sanctuary in Port Hilford, Nova Scotia.

This model sanctuary will allow orcas, belugas, and dolphins a chance to be rehabilitated and released back into the wild or live permanently in an environment that maximizes well-being and autonomy and is as close as possible to their natural habitat. Finally – A Great solution to a WHALE of a problem!

Mr. Vinick is the former director of the Keiko Project who worked closely with Jean-Michel and Jacques Cousteau to reintroduce to the wild the captive orca made famous through the film, Free Willy.

The Necessity of a Seaside Sanctuary

Up to now, finding a home for whales and dolphins that have only been raised in captivity has posed a much greater problem to just releasing them back into the wild. Many cannot fend for themselves and would perish in the wild. The whale sanctuary is attempting to provide a great solution for marine parks wanting to retire their animals in a more humane way.

Marine Mammal After Care and Rehabilitation

Vinick is pushing back at criticism voiced by marine parks who argue that whales and dolphins won’t be able to receive the same standard of health care at a sanctuary that they receive in their concrete tanks, “Why wouldn’t they be able to have the same level of care that they receive in a marine park while receiving it in a natural environment where their sounds aren’t reverberating back to them as they ricochet off the concrete walls, but rather are absorbed into nature? These whales will be under human care 24/7/365 for all of their lives.”. 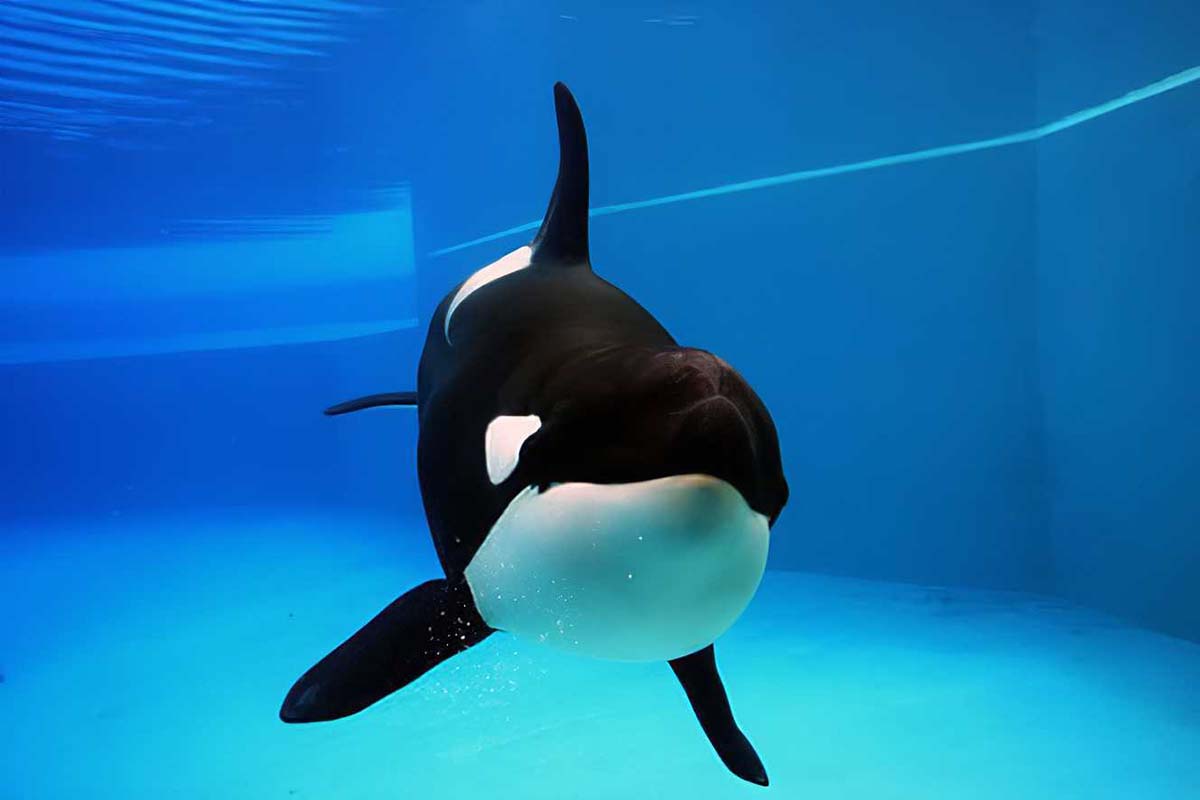 Marine Parks On the Rise in China

Despite the awareness and global outcry around enslaving whales and dolphins for exploitation, more than 3,000 of these highly intelligent whales and dolphins, each with their own unique personalities, are suffering in captivity around the world. They include 60 orcas and more than 300 belugas at marine parks and aquariums, along with “Dolphin-Assisted Therapy” and “Swim-with-Dolphins” programs at resorts.

In fact, China plans to add 26 new marine parks to its roster of marine prisons adding to the prolonged suffering of whales and dolphins that end up languishing in dirty, small tanks and develop a host of disturbing behavioral and physical issues.

The Tide Is Turning For Captive Whales and Dolphins

As a result of the global backlash towards institutions like SeaWorld, amplified by powerful films like Blackfish (which addresses the dangers and inhumanity of keeping such intelligent creatures in captivity) along with the relentless work of activists and organizations, a movement towards freeing captive orcas is underway.

Just last year in Russia 10 orcas and 97 Orcas and beluga whales who had been captured from the wild to be sold to China were successfully released back to the wild.

In a perfect world there would be no need for seaside sanctuaries or marine mammal aftercare. Thanks to the Whale Sanctuary Project, rather than a miserable life in a tank, these extraordinarily intelligent beings will finally have a life worth living.

What You Can Do To Help The Whale Sanctuary

To FIND out more and SUPPORT the Whale Sanctuary Project go to https://whalesanctuaryproject.org