This past year has been a devastating one for many endangered animals as well as for grassroots animal protection and conservation groups dedicated to protecting them. However, Mass Audubon’s Wellfleet Bay Wildlife Sanctuary, despite the pandemic, heroically rescued over 1,000 sea turtles from the bay side of Cape Cod, Massachusetts. 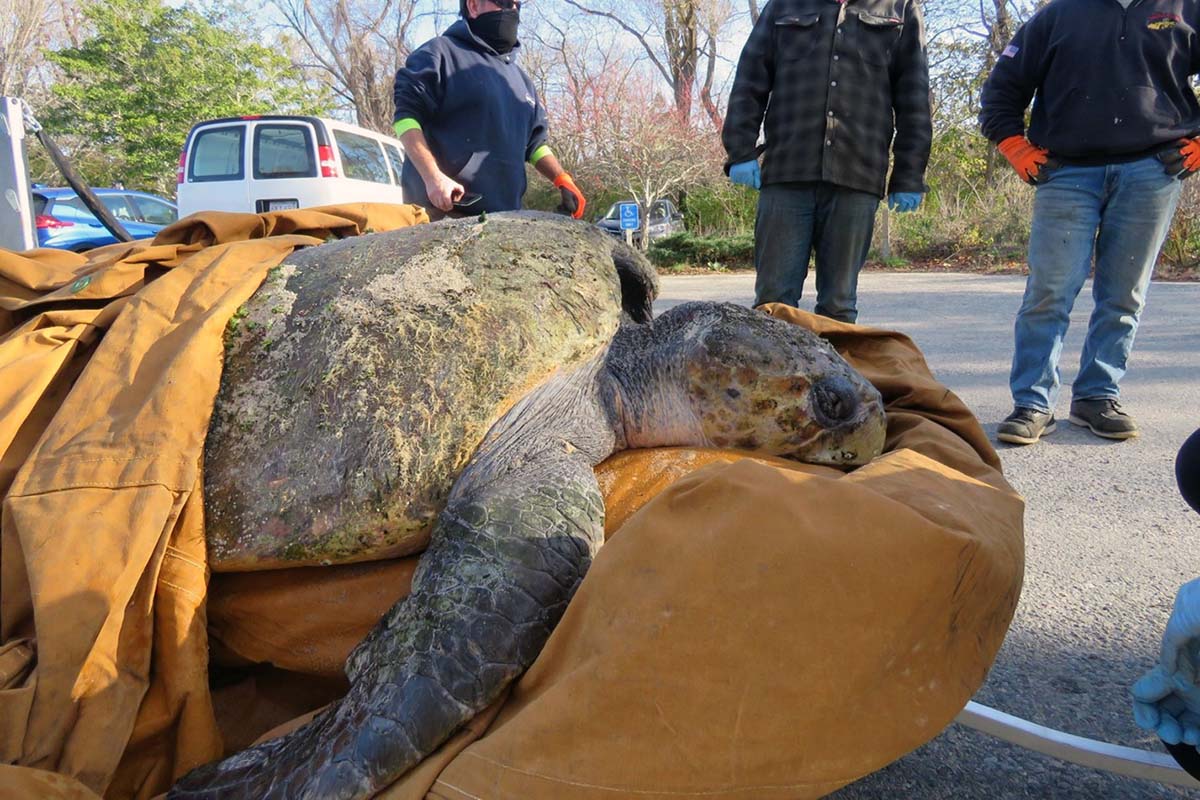 Numbers comprised 90% of critically endangered Kemp’s Ridleys as well as Loggerhead and Green sea turtles that washed ashore this past “cold-stun season,” second in total number to the winter of 2014 when over 1,200 sea turtles stranded on Cape Cod.  It took herculean teamwork and dedicated staff and volunteers to save lives! 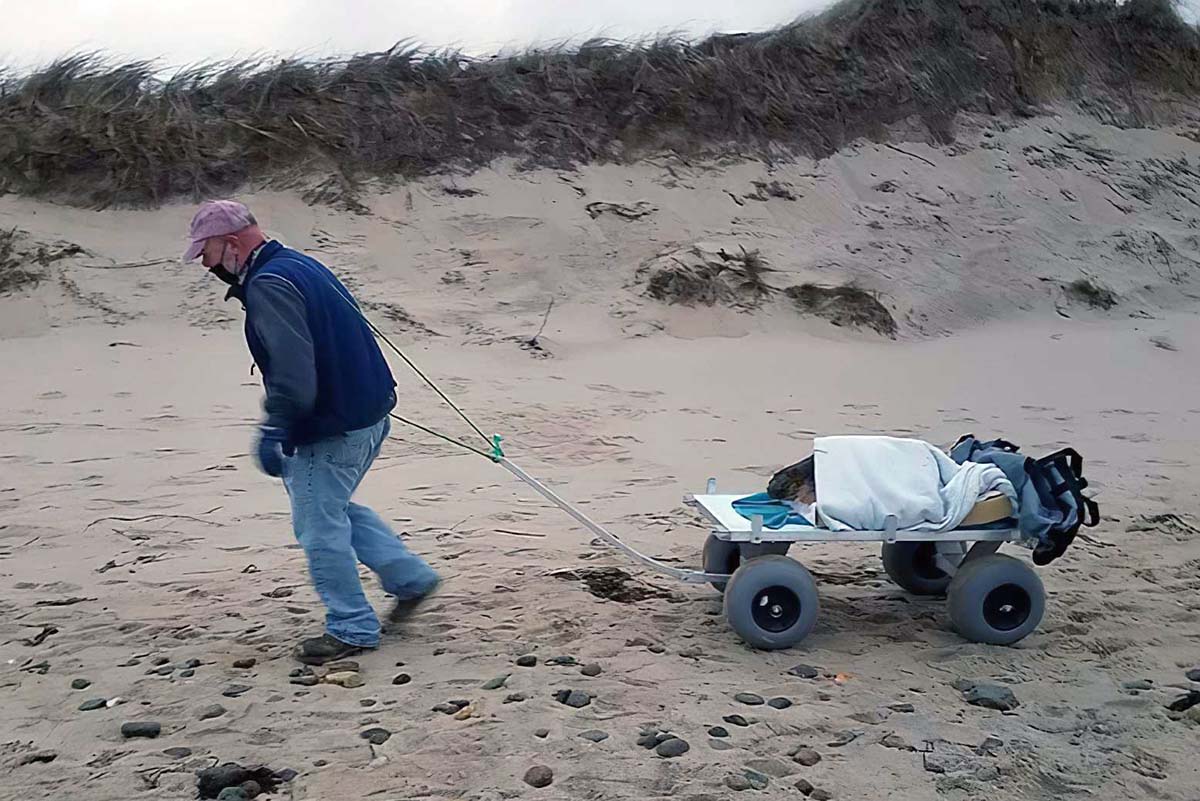 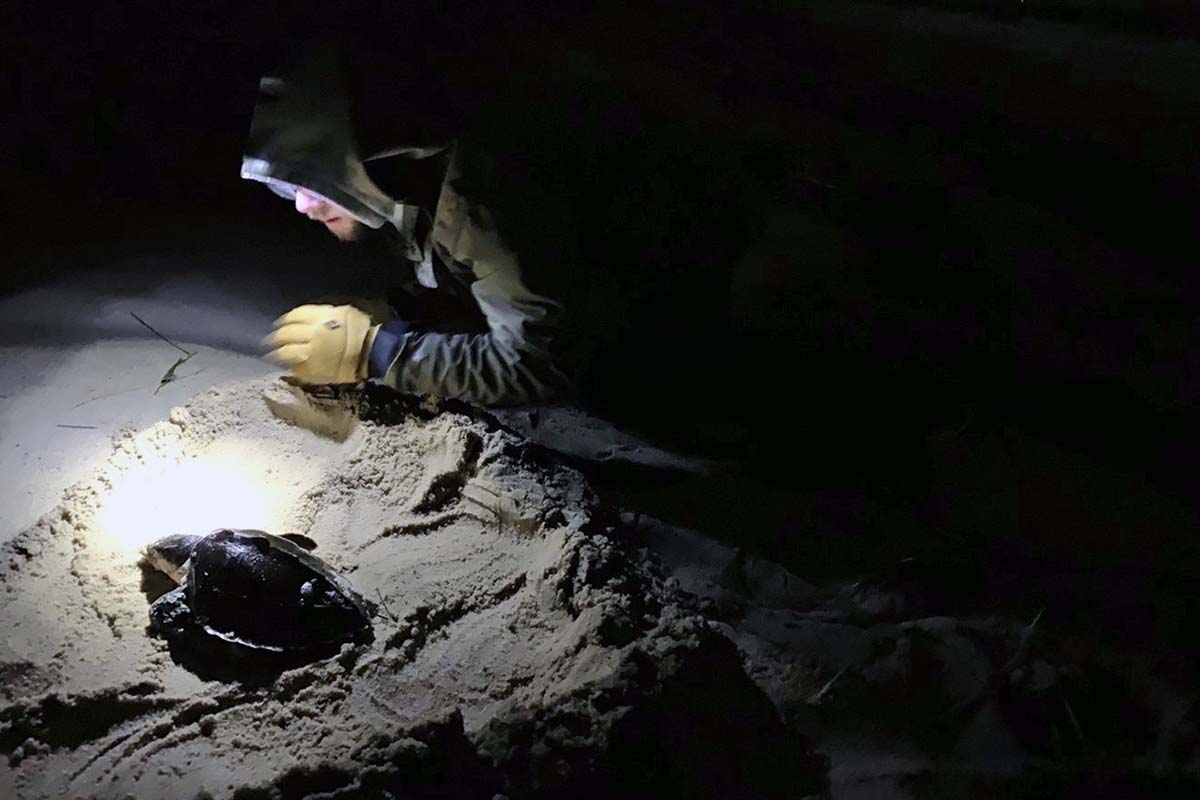 According to Karen Moore Dourdeville, Mass Audubon’s Wellfleet Bay Wildlife Sanctuary’s Sea Turtle Stranding Coordinator, “While following strict Covid-related protocols, people really stepped up, and the fact that we had the highest rate of live turtles rescued was attributed greatly to our team’s quick responses and coordination.

We had 188 trained, dedicated volunteer beach walkers and drivers, and a highly trained staff who were stabilizing and processing rescued turtles, as well as closely monitoring wind/weather patterns around the clock. It’s not only the cold water that stuns the turtles but sustained strong winds bring the turtles to shore. 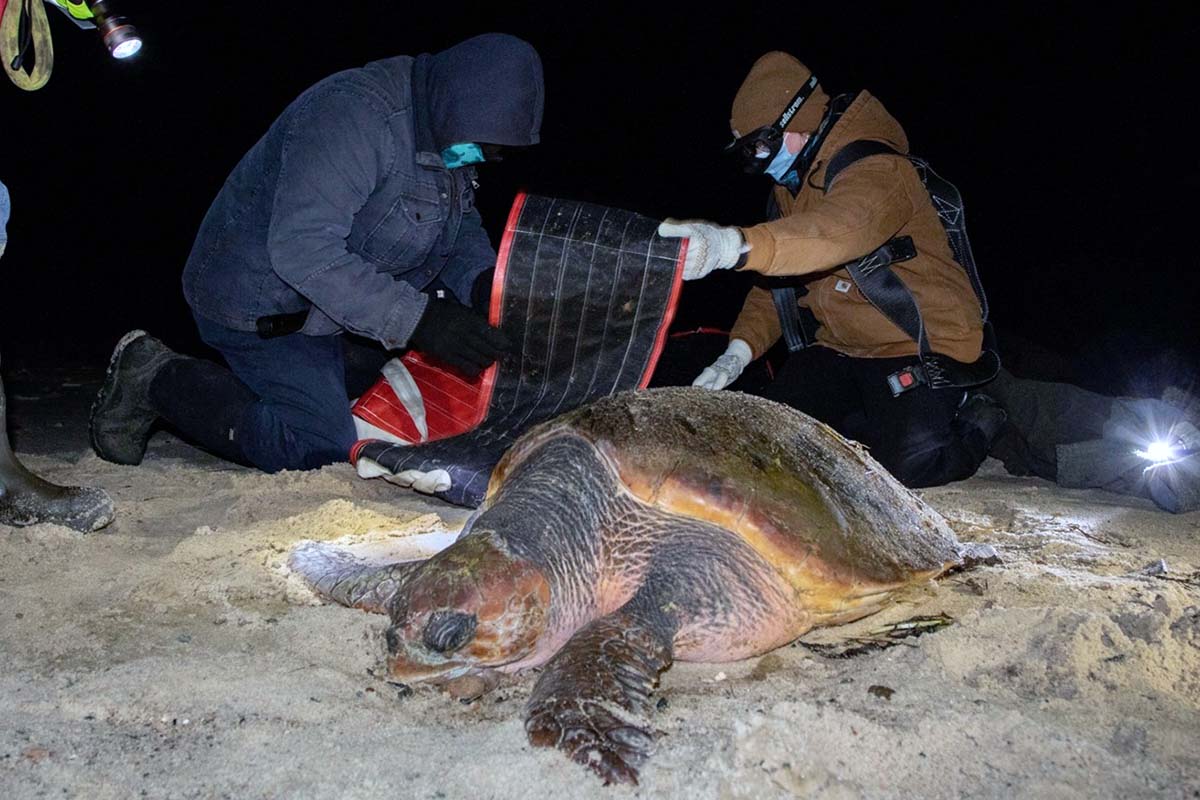 “Most strandings occur during or just after high tide. There are two high tides a day, so we needed to strategically assign teams to different beach locations at specific times, based on tides and winds. A lot goes into rescuing hundreds of sea turtles. We also have expert, dedicated partner organizations who keep them alive and rehabilitate them, until most are returned to the ocean. We were happy to report that we had the the highest ever remittance to rehab rate of Cape Cod cold-stunned turtles! 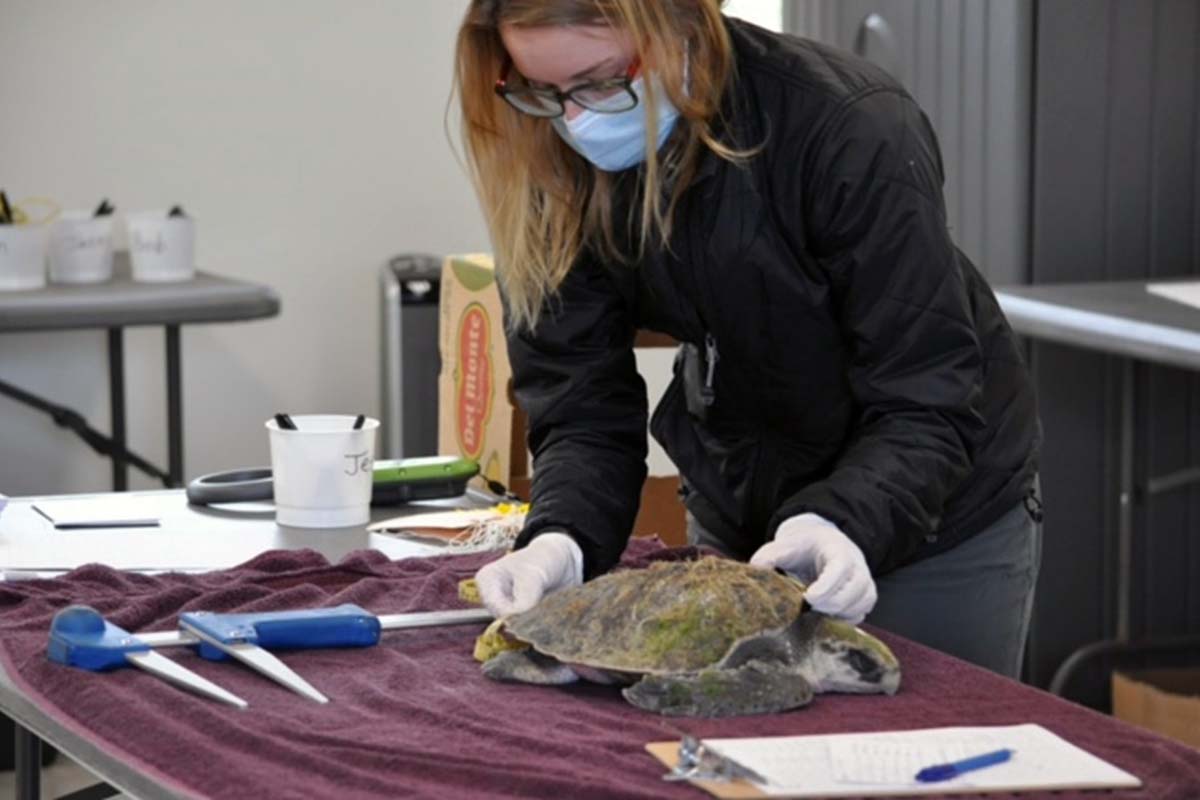 That means that 75% of the 2020 cold-stunned sea turtles were rescued alive and were transported to a rehab facility. This is great news for sea turtles who are at the mercy of winter’s fury and rely on wonderful organizations like Wellfleet Bay Wildlife Sanctuary for their survival.

The Pegasus Foundation is honored to continue to support Mass Audubon’s Wellfleet Bay Wildlife Sanctuary in helping Kemp’s Ridleys and other sea turtle species flourish in years to come!